Practising yoga raises our consciousness, makes us happier and creates a deep stage of calmness within. It makes us more compassionate to both ourselves and others. Yoga is a powerful science that has been proven to medically to heal the body and transform our very beings. The ultimate goal of all yoga is to enable us to meditate and achieve a state of ananda (bliss).

Yoga is my light when the darkness descends, yoga is my teacher when I am confused, and yoga is the sanctuary for my soul. It´s my pleasure to share it, not just at Spirit Sundays at Atzaro from Nov 20th, but in every class, every day, knowing that I can help bring peace and healing into another person´s life.

The name yoga comes from the Sanskrit word yuj to join, which is often interpreted as a union or coming together of individual consciousness with universal consciousness. On a more practical level yoga harmonises and balances the mind, body and emotions.

Yoga was developed as part of the tantric civilisation which existed in India more than 10,000 years ago. Excavations of ruins have discovered statues of Shiva and Shakti dating back to these times. Lord Shiva is said to be the founder of Yoga and Shakti is first disciple. Shiva represents supreme consciousness and Shakti is mother of the universe. In ancient times yoga was kept secret and knowledge was never written down. Instead it was passed from guru to student.

The founding father of yoga – Pantanjali

Around the second century BC the sage Patanjali wrote the Yoga Sutras – a series of aphorisms – the first time anything was written regarding yoga. Patanjali classifies asana (the physical practise of yoga) as one of the eight “limbs” of yoga, the majority of which are more concerned with mental and spiritual well-being than physical activity. He famously defined yoga as chitta-vrtti-nirodah which means the cessation of the turnings of the mind.

What are the 8 limbs of yoga?

1. Asana refers to physical poses / postures. The aim of asana is to purify the body so we can meditate for longer. In the western world this is normally what we perceive yoga.

2. Pranyama is the control of the breath which cultivates prana – the vital force within us.

3. Pratyhara is the withdrawal of the senses whereby the mind gains control so that you focus inward.

Asteya – not stealing and cultivating a less materialistic way of life

Brahmacharya – avoiding indulgence of sexuality and choosing sexual partners with care on the basis of love and commitment.

Aparigraha – non attachment or non-greediness, letting go of the desire for material things to achieve happiness.

5. Niyama means rule or law, an attitude towards ourselves listed by Pantanjali as comprising:

Saucha – Cleanliness of both surroundings/self/thinking/diet

6. Dharana means concentration of the mind, paving the way for Dhyana & Samadhi.

7. Dhyana is total concentration where the mind has one point of focus.

8. Samadhi is absolute transcendent state of illumination – the ultimate goal of all yogis where thoughts are stilled a state of total bliss.

The word hatha comes from two bija mantras; Ham representing the Sun and Tham representing the the moon. The aim of hatha yoga is to balance these two forces. When we practise yoga we are harmonising the masculine and feminine energy that resides within us all. The sun corresponds to the male Shiva energy and connects to the right side of the body, while the moon corresponds to the female Shakti energy on the left – Pingala and Ida respectively.

In the body we have three flows of energy; pingala is the right channel, ida is the left and the sushumna channel flows down our spinal cord. Within the body we have 72,000 nadis or nerves connected to these channels. When the body is balanced through yoga and the pranic energy is flowing we can awaken Kundalini energy.

The Chakras and Kundalini

One of the ultimate goals of yoga is to awaken Kundalini and uplift human consciousness and achieve Samadhi.

Kundalini cannot awaken if there are imbalances or blockages within us and we have not reached purification of mind and body. Kundalini resides at the base of the spine at the root chakra (Mooladahara chakra) and rises to the third eye (Ajna) chakra.

The location of the chakras corresponds to the major nerve plexus in the body and run down the spinal column. Yoga asana’s have a powerful effect on these nerve plexus e.g. shoulderstand affects the throat and the thyroid gland linked to the throat chakra.

Each chakra is like a little electricity switch that opens up energy centres in the body. When we focus on these as we practise yoga the flow of pranic energy is intensified and flows through nadis within the body.

The A-Z of Yoga – Choosing the right yoga for you

It’s important to find the right type of yoga for you and the only way we really know is to go along and try a class. We all have our own style of teaching which may or may not resonate with you, so here is a brief overview of the main types of yoga to try:

AcroYoga: Partner yoga that involves one person as the base and another person “flying” in various poses balanced on the base’s feet. It’s a challenging physical practice which blends yoga, acrobatics, healing & performance arts.

Anusara: A lineage of yoga established in 1997 by American yogi John Friend. Anusara style focuses on attitude, alignment and action, and its principles include opening to grace and inner and outer spirals.

Ashtanga: A lineage headed by guru Sri K. Pattabhi Jois. Even the first series of this style is extremely physically challenging. It involves a sequence of sun salutations, followed by standing, balancing, seated, twisting and reclining poses. Ashtanga is the precursor for most vigorous styles of hatha yoga, e.g Power Yoga and Vinyasa.

Bikram: Headed by Bikram Choudhury it involves a set series of 26 poses, each practiced twice in a row, in a room heated to over 100 degrees Fahrenheit.

Forrest: A modern lineage headed by Ana Forrest. She weaves yogic and Native American/Shamanic teachings. Poses are typically held for many breath cycles. Lots of core-strengthening and fierce balancing poses are integral to the Forrest practice.

Hatha: The term “hatha yoga” encompasses all of the yoga lineages listed. However, when you see a class labeled “hatha,” it normally means each pose is held for several breaths, versus flowing from one pose to the next. Hatha classes are generally slower paced and more accessible to beginners.

Hatha Flow: a hatha flow class will involve slow to medium-paced flowing from each pose, through sun salutations or other connected asana. These classes vary from teacher to teacher.Iyengar: A lineage headed by Indian guru B.K.S. Iyengar. Iyengar classes focus on precise, correct alignment and often in

clude the use of blocks and straps.

Kundalini: This lineage’s founder is the Indian (Sikh) guru, Yogi Bhajan. Kundalini practices—called kriyas—typically involve fast, repetitive motions sustained for several minutes. Breath of fire (quick, forceful exhalations through the nose) is done in many of the poses. There is an emphasis on chanting, chakras and mantra meditation.

Vinyasa: Vinyasa involves flowing from one pose to the next with fluidity. It’s like Ashtanga, only it does not always involve the same sequence of poses in each class.

Yin: This style is all about letting go, releasing effort and surrendering muscular tension. It seeks to deepen flexiblity of the fascia, tendons and ligaments. In Yin classes we tend to hold the poses for much longer – anything from 3 to 10 minutes.

Get on the mat and give a class a go – it really is all about going with your own flow.

How Essential Oils Have Changed my Life

Talk To Me When Your Chakras Are Aligned!

10 Ways to Overcome Fear with Yoga.

Making Peace With My Womb, My Path of Healing.

10 Reasons We All Need to Cleanse! 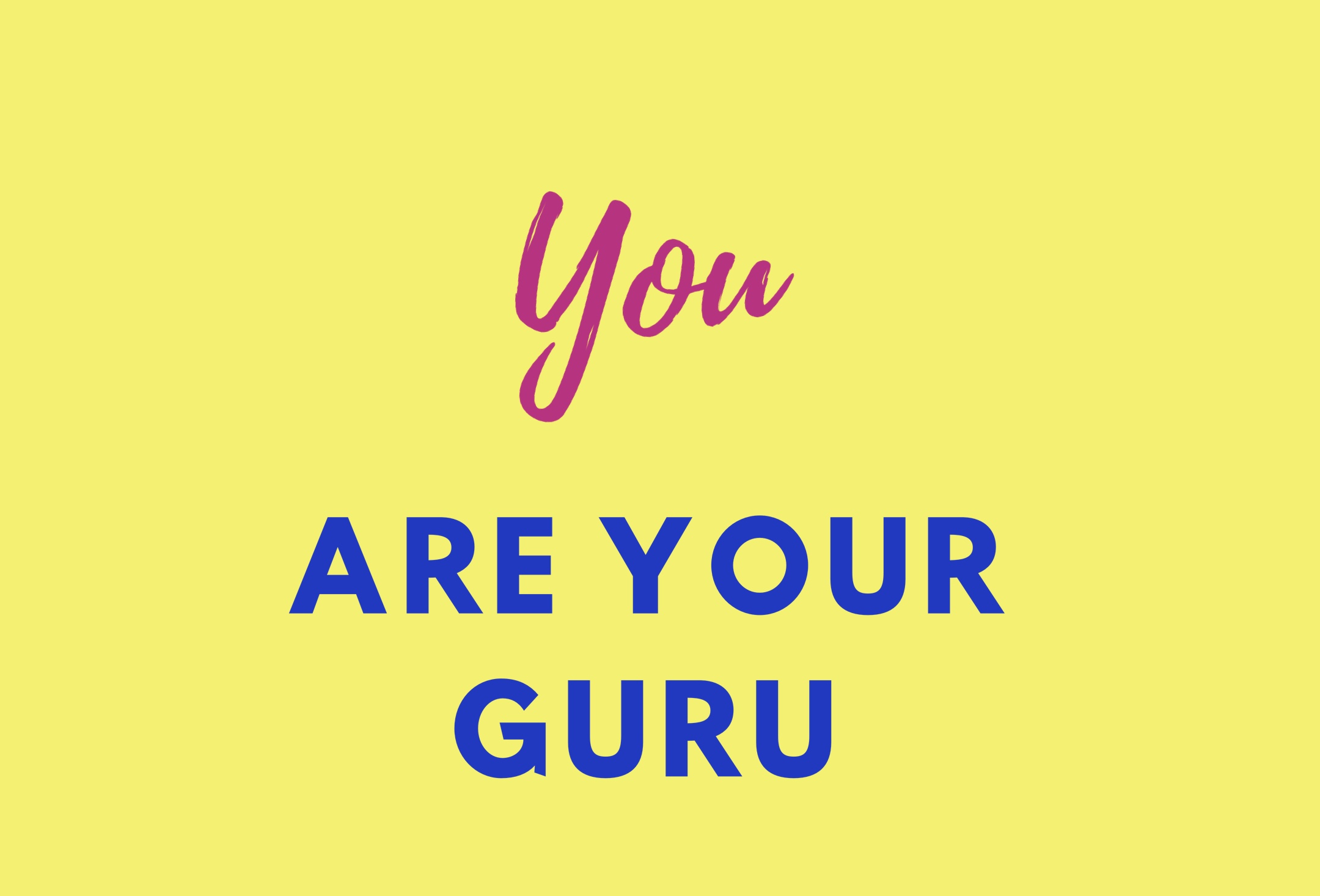 You Are Your Guru

The Power of the Breath